Introduction to the Letter to the Galatians (1:1-5) 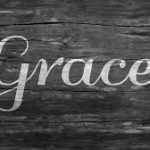 As a quick reminded for those who
were here for the beginning of 1 Corinthians, we will start with a reminder
about Biblical interpretation.

The Golden Rule of
Interpretation, especially for the Scriptures is: When the plain sense of Scripture makes common sense, seek no other
sense; therefore take every word at its primary, ordinary, usual, literal
meaning unless the facts of the immediate context, studied in light of related
passages are axiomatic and fundamental truths indicated clearly otherwise.

As we read through this letter
must remember that it is only one side of the conversation. There is a
situation that makes the backdrop for this letter. Letters were very expensive,
so for Sha’ul (or Paul) to pay the expense, there must have been an important
reason. Another important point to remember, is that letters are personal, even
though Sha’ul’s letters were written to be read out loud to a group of people.
We need to understand the situation of the Galatians, as it will be critical
when it comes to applying the principles of interpretation. Most of today’s
discussion will be to understand this context, and therefore to understand the
reason that this letter was written.

One of the greatest resources we
have that helps us understand the letters of the Apostles, is the historical
book of Acts. Paul made several missionary trips, and on his first trip is when
he established congregations in the province of Galatia. While there are other
explanations as to who is referred to by the “communities of Galatia,” it would
seem that the congregations established by Sha’ul in his first trip, in the
area of South Galatia fit the description best.

When was this Letter Written?

One of the main themes throughout the letter is the issue of
circumcision, and particularly whether or not it was required for Salvation. As
we will read in Acts 15, the Council in Jerusalem specifically decided that
circumcision was not required for Gentile converts, therefore if this Council
had occurred before the writing of Galatians, then Sha’ul would have mentioned
it to make his case. However since he does not mention it, we say that the
letter was written somewhere between Acts chapters 13 and 15.

This passage tells us some important
background for the reason why Sha’ul was wrote to the communities in Galatia.
The congregation in Antioch had sent out Barnabas and Sha’ul (who was also
known as Paul in the Greek speaking world, Acts 13:9) on a missionary journey
throughout Asia Minor (modern day Turkey). This area included the region of
Galatia. After coming back, they stayed a while in Antioch, which is probably
where Sha’ul wrote this letter. From Antioch, they took the issue of the
necessity of circumcision for salvation up to Jerusalem. This council in
Jerusalem occurred somewhere between A.D. 48-49, so this letter was written
shortly before that time. This would make it the earliest of Paul’s letters.

To Whom was it Written?

Paul’s method for proclaiming the
Good News in a new place was to firstly go to the Synagogue, and secondly go to
the Gentiles. We see this explicitly stated in Rom. 1:16, “to the Jew first and
also to the Greek.” The congregations in Galatia were no different.

Paul started at the Synagogue
(Acts 13:4), and due to jealousy (13:44), the unbelieving “Jewish leaders
incited the God-fearing women of high standing and the leading men of the
city.” This became Paul’s Modus Operandi.
It also meant that the majority of the believers in the region of Galatia
were Gentiles.

Why was this Letter Written?

Now for the Why. Why did Paul author this letter? Letters were very expensive. (Listen to the teaching to hear the rest)

[i] All
Scripture quotations are taken from the Tree of Life (TLV) version unless
otherwise noted.