What We Believe – State of Mankind 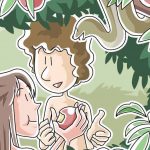 From the last 5 sermons, we have seen that the books canonized as Scripture both the Hebrew Scriptures and the Writings of the Apostles have stood the test of time. They have met the requirements of being reliable eyewitness accounts and are attested, accurate, verified and timely. Therefore, what do the Scriptures say about the state of Mankind?

G-d created man in His own image; but that, because of the disobedience of our first parents in the Garden of Eden, they lost their innocence and both they and their descendants, separated from G-d, suffer physical and spiritual death; and that all human beings with the exception of Yeshua HaMashiach are sinners by nature and practice (Genesis 1:27, 3; Psalms 51:7; 2 Corinthians 5:21) Ecc. 7:20, “Surely there is not a righteous person on earth who does what is good and doesn’t sin.”

What does it mean to be created in the image of God? [Gen. 1:26-28] We are created to rule, we are created to be fruitful and multiply. We were created to be both spiritually and physically eternal. Masculinity, femininity, animals, plants and planet all in perfect harmony. We were created to love and be loved, by our creator and by each other. So, what happened? Well … the only type of universe where love is a possibility, requires the freedom to choose. God gave the man one choice that would demonstrate the man’s trust and love of God: The Tree of the Knowledge of Good and Evil.

The Fall of Man

In Gen. 3: we see that the woman was deceived by the serpent and trusted the words of the serpent and ate the fruit. But what about the man? He was the one who received the command from God, and there is no evidence that he was deceived. Instead he remained silent while his wife was being tested, and he choose to disobey. So … what was the result?

For the serpent: He was cursed and all serpents after him to eat dust and be at enmity with man-and woman-kind. We also see an ultimate judgement of the serpent will occur in the future where the “seed of the woman” will crush the serpent’s head.

For the woman: The two areas that were supposed to be the greatest blessing, children and marriage, would feel the brunt of this curse. Childbirth would be painful, and the relationship that was supposed to be the most intimate, would now be tainted filled with unsatisfied desire and inequality.

For the man: His sin was greater and so his punishment even more far reaching. The entire creation is brought under a curse of uselessness. The work that was supposed to be a joy and bring fulfillment, would now be made ineffective and difficult. And finally, we see that the end result will be death.

Separation from Adonai Elohim was instant, as Adam and Eve were cast out from His presence. But while physical death for Adam and Eve would come in time, an innocent animal was killed so that they would be covered. This principle of the blood of the innocent covering the sins or errors of the guilty would be seen time and time again throughout Adonai’s redemptive plan.

In addition to being separated from God, we also learn bad behavior from all those around us. The result of living in a broken, dying world is that: we believe lies about God and also about ourselves; we pick up bad habits from those around us; we continuously seek to love and be loved from people who can not meet that heartfelt need. In every attempt to do good and right, the end seems to be worse than the beginning. We continuously snatch defeat from the jaws of victory, and in an effort to protect ourselves, we end up lashing out at those around us, those closest to us.  Sha’ul sums this up by saying, “Miserable man that I am! Who will rescue me from this body of death? (Rom. 7:24).

What then shall we do?

We need a solution that restores our spirit, soul and body. We need the relationship with Adonai restored, we need to unlearn the errors we have been taught and we need our body rejuvenated.

The only means to be cleansed from sins against God is by grace, through faith in the shed sacrificial blood of Yeshua the Messiah and repentance from our sin. Regeneration of our mind will and emotions is accomplished by the power of the Holy Spirit (Ruach Hakodesh). And one day soon Adonai will transform us physically into the incorruptible glorious bodies that Adam and Eve originally had.