What We Believe – Resurrection & Everlasting Life 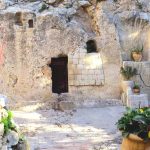 Daniel 12:2, “Multitudes who sleep in the dust of the earth will awake—some to everlasting life, and others to shame and everlasting contempt.”[i]

The parable in (Mat. 25:31-46) ends on a very somber note: “These shall go off to everlasting punishment, but the righteous into everlasting life.” If this was the only verse in the scriptures that spoke of the eternal nature of the separation from God, it would be enough … but it is not.

There are many references of eternal punishment, and here Yeshua quotes from (Daniel 12:2). Daniel had seen the day of the Resurrection of all people, where the multitudes who have died will rise again, “some to everlasting life, and others to shame and everlasting contempt.” I realize that the discussion of Hell, eternal punishment and eternal separation from God is not a popular one, but it is important to neither exaggerate nor underestimate the reality of Hell.

In one of the songs of Moses (Deut. 32:22) we see that a part of Adonai’s judgement is that a “fire has ignited in [His] nostrils [and] it will burn to Sheol beneath and scorch the foundations of mountains.”

In this passage Yeshua quotes (Isa. 66:22-24) and says of Gehenna[ii] that it is a place where, “the worm does not die, and the fire is not quenched.” It is important to note that Yeshua talked about Hell more then any other prophet before Him. He warned his Talmidim not to take it lightly, and to not allow anything is this life to “cause us to stumble” there.

Separation from God is the current condition of all who have not trusted in the Son of God. (John 3:18) puts it this way, “The one who believes in [Yeshua] is not condemned but whoever does not believe has been condemned already, because he has not put his trust in the name of the on and only Ben-Elohim.”

Now let’s talk of the good news and the destiny of all who have trusted in Yeshua. Does anyone know how many resurrections are spoken of in Scripture? [Read 1 Cor. 15:20-58]

(Vs. 20-28) This passage speaks of how Yeshua is the “firstfruits of those who have fallen asleep.” Yeshua’s resurrection is the model that we can look to, and the hope that we all have for a physical resurrection. The second resurrection is for all who “belong to Messiah.” And the third resurrection is at the end, after Yeshua has conquered the entire earth, and brought “all things in subjection under [Adonai’s] feet.”

This passage aligns with [Revelation 20:4-6] John records that those who participate in the resurrection at Messiah’s return, will rule with Yeshua for 1000 years. The second death has no power over these who rise at Messiah’s return. The third and final resurrection occurs at the end of the 1000-year rule and directly before the great white throne judgement (Rev. 20:11). “How fortunate and holy is the one who has a share in the …resurrection” at Messiah’s return!!

The Nature of Our Resurrected Body

(Vs. 35-49) This section starts with two questions, “How are the dead raised? And, with what kind of body do they come?” But based upon the response of Sha’ul, we can see that these questions have been asked in a mocking way. Sha’ul responds by calling the questioners, “Fools!” This is the same as the Proverbs, and particularly (Psalms 92:6-8), that refers this way to evildoers and unbelievers as those who have no knowledge of Adonai or His ways.[iii] Sha’ul’s answer points to a picture from nature, seeds and plants. We all know instinctively that when we plant a seed of any kind, we expect a plant to grow in its place. We do not expect simply another seed, in other words, the plant looks nothing like the seed. The plant is greater than the seed; the plant is more beautiful than the seed; the plant has more life, more vibrancy, than the seed. What we do expect, however, is that we will always get a tomato plant when we plant a tomato seed. Sha’ul then points to the differences between human bodies, animal bodies, fish bodies and bird bodies, to make a point that we should expect differences between earthly bodies and heavenly bodies.

In (vs. 42-44) we see Sha’ul bringing the answer to the questions asked. The natural body is full of corruption, decay, dishonor and weakness. Dr. John Sandford, a population geneticist, in his book Genetic Entropy[iv] shows that from the moment of our conception, our cells do not perfectly replicate. These imperfections, called mutations, are like photo copying errors. They accumulate so that by the time we are only 15 years old, we have on average 50,000 genetic errors in our genome, and by my age they number in the hundreds of thousands. In essence, this is why our bodies age. The Scriptures point out that it is “appointed unto man, once to die, and then the judgement.” Even though evolutionists claim that we are the result of positive mutations, and leaps in positive genetic information, the reality is that there has never been a single observable, positive mutation, ever!

(Vs. 45 -49) Sha’ul points out that just like Yeshua’s new heavenly body, our new bodies will no longer fall apart. Our bodies will be strong, powerful and glorious! No longer will we have the perishing qualities of our ancestor Adam. We will have the same sort of body that Yeshua had, after His resurrection. He could eat, and yet was not initially recognized (Luke 24). Yeshua’s body had similarities in that he kept the scars of the nails and the spear, and yet there was no corruption, no decay, complete health and wholeness. As a side note, I think that Yeshua kept these scars deliberately as evidence of the fulfilled prophesies, particularly (Zech. 12:10) where Jerusalem will “look toward [Adonai] whom they have pierced [and] mourn for him as one mourns for an only son.”

The Timing of Our Resurrection

Sha’ul now explains a mystery, a “previously concealed truth now revealed.”[v] “We shall not all sleep, but we shall all be changed.” This is a known fact for all new mothers and their babies. …. But on a serious note, the timing of the resurrection coincides with the return of our Messiah Yeshua.

Sha’ul wrote to the congregation in Thessalonica, [read 1 Thess. 4:13-18]. The sounding of the great shofar is a reference back to Mt. Sinai when Adonai descended on the mountain. (Ex. 19:16) It also points to Isaiah where he refers to the last days saying, “It will also come about in that day, a great shofar will be blown. Those perishing in the land of Assyria and the exiles in the land of Egypt will come and worship Adonai on the holy mountain in Jerusalem.” (Isa. 27:13)

Yeshua explained to His talmidim, that, “Then the sign of the Son of Man will appear in heaven, and then all the tribes of the land will mourn, and they will see ‘the Son of Man coming on the clouds of heaven’ with power and great glory. He will send out His angels with a great shofar, and they will gather together His chosen from the four winds, from one end of heaven to the other.” (Matt. 24:30-31)

What Shall we do with this Information?

This is the Good News! Brothers and Sisters, our future is glorious, our bodies will be incorruptible, and death will no longer hold its power over us! All thanks and praise be to our Lord Yeshua the Messiah who has given and keeps giving us the victory! Let us go out and proclaim this good news to every creature, making disciples as we go!