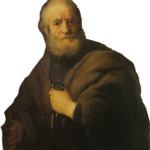 The Apostle Kefa/Peter encourages us to submit ourselves to the ruling authorities, the government and leaders that have been placed over us. We are called to submit ourselves to those over us in the marketplace, i.e. our bosses and supervisors. And we are called to practice submission to one another in our homes and in our relationships with others.

This doesn’t mean that we are to be “doormats” that never stand up for truth and righteousness because we noted that even Peter stood up against the Jewish authorities and disobeyed them when he was told not to preach in the name of Yeshua. But generally speaking, we are to submit for the Lord’s sake… for the sake of our witness in this world.

We now enter into our last major section of 1 Peter as we explore the main theme of the book, God’s Grace in Times of Trial and Suffering.

Peter mentions suffering, trials and persecution at least once in every chapter of his letter. The word suffering itself is used 15 times in the Epistle and the word glory is used 10 times.

And the word “grace” is also used in every chapter. Grace is God’s generous favor to undeserving sinners and needy saints. When we depend on God’s grace, we can endure suffering and turn trials into triumphs.

Today we look at the first section of God God’s Grace in Suffering when we are encouraged by Kefa to live life as a Kiddush Hashem – that is to Sanctify the Name of the Lord in our lives.

Live Life as a Kiddush Hashem

Peter begins with a rhetorical question; “For who will hurt you if you become zealots for what is good?” I personally think that the answer is “lots of people.”

Yeshua promised that we will have persecution here on earth and it is only going to get fiercer as the days get darker before the second coming of the Lord. Sorry for the bad news but I’m sure you’ve worked that out already.

Peter echoes the teaching of his Messiah when he says in 3:14; “But even if you do suffer for being righteous, you are blessed!”

For who will hurt you if you become zealots for what is good? But even if you do suffer for being righteous, you are blessed! Moreover, don’t fear what they fear or be disturbed, but treat the Messiah as holy, as Lord in your hearts; while remaining always ready to give a reasoned answer to anyone who asks you to explain the hope you have in you—yet with humility and fear,

And remember that Peter is writing to believers who are already undergoing persecution and so he is reminding them that they shouldn’t be surprised as if something unusual is happening to them.

Being blessed when one is persecuted doesn’t mean that one “feels delighted,” rather it means, “to be highly privileged,” to suffer for righteousness sake. After all, what can man do to us when we have the promise of eternal life.

For this reason, we do not need to fear as Yeshua said, “And do not fear those who kill the body but cannot kill the soul. Instead, fear the One who is able to destroy both soul and body in Gehenna.” (Matt 10:28, TLV).

In 1Peter 3:15; Peter reminds the recipients of his letter: “but treat the Messiah as holy, as Lord in your hearts…” or the NRSV has it better rendered“but in your hearts sanctify Messiah as Lord…” (1 Peter 3:15, NRSV)

I love this statement. It is actually a summary of what we are to do as disciples/followers of Yeshua the Messiah. We are to live our lives as a kiddush Hashem, which means to sanctify or to make holy the name of the Lord in and through our lives.

This reminds us of the first few words of the Disciples’ Prayer: “Avinu  she-ba-shamayim  yit-kadash shmecha:  ‘Our Father in heaven! May your Name be kept holy [or may your Name be sanctified”]

Give a Defense for the Hope

Always be ready to make your defense to anyone who demands from you an accounting for the hope that is in you; yet do it with gentleness and reverence. Keep your conscience clear, so that, when you are maligned, those who abuse you for your good conduct in Christ may be put to shame. For it is better to suffer for doing good, if suffering should be God’s will, than to suffer for doing evil. (1 Peter 3:15–17, NRSV)

Here are some very good, God-inspired tips on witnessing. We really should take note. The word translated defense is the Greek word apologia, a “formal defense,” from which is derived the English word “apologetics”)[1]

Apologetics is a verbal, reasoned defense of why we believe as we do. It is a thought-out response to those who ask us for the reason of the hope in us. Paul made such a defense in Acts 22:

““Brothers and fathers, hear the defense that I now make before you.” And when they heard that he was addressing them in the Hebrew language, they became even more quiet. And he said: “I am a Jew, born in Tarsus in Cilicia, but brought up in this city, educated at the feet of Gamaliel according to the strict manner of the law of our fathers, being zealous for God as all of you are this day.” (Acts 22:1–3, ESV)

And he went on to tell them his “testimony” how he was a persecutor of The Way until he met the risen Messiah on the road to Damascus. Awesome!

“… always being prepared to make a defense to anyone who asks you for a reason for the hope that is in you; yet do it with gentleness and respect,” (1 Peter 3:15, ESV)

Back to 1 Peter 3:15, Peter says we should have a reasoned defense to anyone who asks. There is a little hint here that we should share our testimony when asked, not whenever we think someone ought to be told.

In Humility and Fear

Also, it says that it should be done with gentleness (“a mildness of attitude and action,” “humility,” its opposite being “harshness”) and reverence (phobos, here meaning “deep respect,” fear).

The spirit of a defense may be more important than the words spoken. And remember that our lives speak louder than our words so that the way we live should back up our verbal proclamation. This silences our accusers.

The reference to always being ready and to anyone who asks means that we should be prepared to speak whenever asked directly or by implication.

Now, we all have stories of when we have been asked and failed or shied away from responding because of fear. Peter knew that all too well. He was there in the courtyard watching Yeshua being tried by the Sanhedrin when he was asked if he was one of Yeshua’s disciples. Instead, he denied Yeshua 3 times that night. Praise God for his forgiveness and grace.

“keeping your conscience clear, so that when you are spoken against, those who abuse the good behavior flowing from your union with the Messiah may be put to shame. For if God has in fact willed that you should suffer, it is better that you suffer for doing what is good than for doing what is evil.” (1 Peter 3:16–17, CJB)

Peter speaks about the importance of having a clear/clean conscience. The word conscience means “to possess the God-given ability to evaluate the moral quality of human action.”[2] Whether it is your own action on the action of others.

If we have a surrendered heart and a good conscience before the Lord, we will have peace in our hearts even when people falsely accuse us.[3]

And here is a Scripture worth memorizing:

“For the Messiah himself died for sins, once and for all, a righteous person on behalf of unrighteous people, so that he might bring you to God. He was put to death in the flesh but brought to life by the Spirit;” (1 Peter 3:18, CJB)

No better illustration of unjust suffering exists than Yeshua our Messiah. He died for our sins, not his own. He is the righteous/just One who died to bring us unrighteous/ unjust to God.

Here again we see that the Trinity affects our salvation; Messiah died, reconciles us to the Father and through the power of the Holy Spirit shown in the resurrection of the Messiah.