The third reason that Paul wrote this letter is addressed first. This reason is that the Congregation had splintered into factions based upon different teachers. But before Paul starts into his critique, he begins with a note of thanksgiving.

(Vs. 4-6) I think that Paul is wise even in how he structures this letter. If you ever are required to bring correction, be it to you children or another brother or sister, the correction should always be surrounded in encouragement. Not only does Paul think of an encouragement, he manages to direct the praise and thanksgiving for that benefit toward Yeshua. The congregation in Corinth had been blessed by Adonai with every spiritual gifting and these gifts were evidence of Messiah. Remember that these members had not seen Yeshua personally. And therefore, it is good for us to remember that the moving of the Ruach are evidence to us also of the Messiah, Yeshua.

(Vs. 7-9) We also see in these verses that the spiritual gifts are to strengthen us “until the end” when Yeshua is revealed to the world. We are encouraged by remembering that God is faithful to bring us into the fellowship of Yeshua 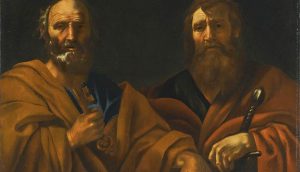 (Vs. 10-17) Paul now launches into a discussion about division that have come into the congregation. In verses 10-17 we see the introduction of the relationship between Paul and Apollos, which is finalised in chapter 4. In this section Paul is showing the relationship between the message of Yeshua and messenger of Yeshua. Additionally, we know that Apollos had built upon the teaching of Paul, but in both cases Yeshua was the one who must receive the Glory. Since Paul’s primary role in Corinth was as an Evangelist, his message had been very simple. Reinhard Bonnke once said that, “An evangelist is someone who has 4 or 5 messages that he preaches over and over again.” When I hear him preach, even to a group of pastors, it was on the cross; a simple straight forward message on repentance. An evangelist will often bring a lot of people into the kingdom, but will then rely on the local pastors/teachers to continue the discipleship of those people. This seems to be the relationship between Paul and Apollos. 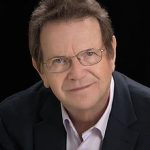 In (Vs. 11) Paul mentions that he found out about this division in the congregation, not from the leaders, but from someone else. Sometimes the leaders recognise the problems, and other times we are completely unaware. All of us have our blind spots, which is why we all need each other. But as Yeshua taught in (Matt. 7) we should help each other in humility, after we have ensured that we ourselves do not have the same sin. Paul open acknowledges that his role was not to immerse people but rather to “proclaim the Good News.” In this proclamation, he did not use “cleverness of speech”, but rather stuck to the power of God through the message of the cross of Messiah.

(Vs. 18-31) Originally I thought that Paul had simply gone off topic with this next section. However, what Paul is doing is contrasting the Wisdom of God with the common day wisdom of the “sophists, who were more concerned with eloquence than content.”[ii] This passage is so applicable to today. The Corinthians would have had the opportunity to listen to a variety of traveling philosophers, and the believers were adopting not just the thoughts but also the attitudes and morals behind these words. Today the atheistic, humanistic philosophers fill the scientific fields, the educational institutions and the political arenas. Those who trust in Yeshua are openly mocked and laughed at. And Yeshua warned us that this would happen, and that we should rejoice when it does happen. But what Adonai said to the prophet Isaiah is just as true today.

(Vs. 18-19) Many of the problems that we see in this nation come because of the problems in the Church at large. There are many who claim to be Christian outwardly, and yet do not honour or fear Adonai with their hearts. And if this is done in secret, how long before it is allowed and accepted openly? This is why the message of the Messiah dying on the Cross is needed as much today as it was in the time of Paul. This message is still a stumbling block to Jews, because, how can the Yeshua be the Messiah if He did not restore the throne to Israel, and institute an age of peace?

(Vs. 22) The Jewish people consistently asked Yeshua for a sign, but no sign was given. Here Yeshua is stating that His very life was the sign that they were looking for, and yet the people refused to see who He was. Many of the miracles that Yeshua performed were already considered to be evidence that He was the Messiah (Matt. 11:2-6, John. 10:32-38, 12:37), but again, signs by themselves are never enough.[iii] The Greeks were known for always seeking after knowledge as was shown in Ephesus (Acts 17:16-34). While the word “Greeks” often refers to “Gentiles” generally, in this case It could also refer to the Greek scholars and philosophers. The Greeks held a belief that through knowledge and wisdom themselves, “god could be contacted, sin forgiven [and] ultimate meaning attained.”[iv] This belief is known as “Gnosticism.” Today this belief has not only been packaged as New Age, but it is also held by many in the secular world. For example, it is thought that through Scientific advances, eternal life will be attainable. But we see that Adonai had deliberately chosen the foolish things in this world to overcome the wisdom of this world.

(Vs. 26-28) I want to read a familiar story that illustrates these next verses. [Read Mark 10:17-31] In this story we see that Yeshua is essentially saying the same thing as Paul. The Rich and the Wise often think or feel that they do not need salvation. Yeshua said, “Those who are healthy have no need for a doctor, but those who are sick do. I did not come to call the righteous, but the sinful to repentance.” (Luke 5:31-32) The first thing we must recognise is our need for a saviour. We must first recognise that we are not perfect, we are not even good. We must see that we are sick and we are sinners. Yeshua said to the congregation in Laodicea, “You say, ‘I am rich, I have made myself wealthy, and I need nothing.’ But you do not know that you are miserable and pitiable and poor and blind and naked. I advise you to buy from Me gold refined by fire so that you may be rich, and white clothes so that you may dress yourself and so the shame of your nakedness will not be revealed, and eye salve to anoint your eyes so that you may see.” (Rev. 3:17-18)

This is why Paul said that, “the message of the cross is foolishness to those who are perishing, but to us who are being saved it is the power of God.” Adonai demands that we humble ourselves in order to come to Him.

Verse (29) tells us that God will not accept any boasting in His presence. Not a single one of us will be able to stand and boast of our goodness on That Day. But here is the amazing truth: Because of what Adonai has done, we are IN Messiah Yeshua. Yeshua has become our wisdom, has become our righteousness, and has become our redemption!

Adonai speaks through Jeremiah and says, 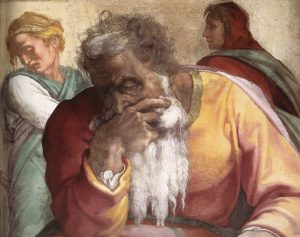 “Let not the wise boast in his wisdom

nor the rich glory in his riches.

But let one who boasts boast in this:

that he understands and knows Me.

For I am Adonai who exercises lovingkindness,

justice and righteousness on earth.

For in these things I delight.”